Warring states period was defined by seven existing states or kingdoms which are: Qin, Zhao, Chu, Yan, Qui, Wei and Han. This means that out of the many states available during the start of the Zhou dynasty, it narrowed down to the seven major states that owned the warring states period. The Zhou dynasty involved a lot of warfare towards the end. The war was between these seven states which concluded in the year 256 BCE when Qin warring states victory was established.

The timelines feature dynasties that ruled for more than 500 years that shaped the civilization and the cultures of modern China. Before the Xia dynasty was the Neolithic culture where people were uncivilized and exercised primitive mode of living-they were hunters, fishermen and millet farmers. These timelines reflect back to when china was a land inhabited by different cultures and later unified to form the Qin dynasty.

The ancient Chinese timeline was drawn from artifacts that contained writing and decoration marching the existence of dynasties. This period can be referred to as the china bronze age.

The Zhou warring states period was marked by feudalism- the social, economic, and political centralized and authority diffused between kinship states. It was the beginning of kingdoms and lordships. This period was marked by civilization which was evident by the improvement of the agricultural techniques and the modification of the Shang dynasty bronze workmanship. However, the centralization was not that effective due to uneven terrain.

The Zhou dynasty started with the Zhou state where the King Wen liaised with the surrounding chiefs and inhabitants to overthrow the barbaric authority of Shang dynasty. The result of the war formed the Zhou dynasty that started to stretch throughout china in form of kinships through marriages. The betrayal of the Shang people under the harsh rule of their King helped a lot in aiding the Zhou dynasty its victory –it provided more soldiers and support. The rule of the Zhou dynasty was termed as the longest in the ancient Chinese history.

The brothers to the emperor were given authority over reclaimed states and cities to enforce the Zhou rules and thus maintain the control of its people. The ruling authority was the kinship of the royal family and the favored generals were given authority through marriage, this trend established blood ties. The land under the Zhou dynasty was divided into regions (fiefs) and allocated to kin and local leaders who were supposed to be the head of the famers in each particular region. These relatives were lords of the different states which later grew into warring states.

The period of independence, when the fiefs neglected the rules of the court, and the weakening of kinship ties marked the fall of the dynasty towards the end. The shifting of the capital cities from Haojing near Xian in the west to Luoyi/ Luoyang in the east divided the Zhou dynasty. The purpose of the Zhou dynasty was to unify the whole of china but still this dynasty did not entirely accomplish this vision. The unity of cultures would later be accomplished and thus lead to the improvement of early civilization.

More political and social order was witnessed during the Western Zhou period as observed by Confucius. The Eastern Zhou period was marked by endless war with three states emerging to be powerful: Qin, Chu and Qi. Eventually, Qin overpowered all the states marking the end of the Zhou dynasty.

It is believed that during the first phase of Zhou dynasty goods were moved by gifts or tributes. The second phase was marked by trade of goods for money (development of bronze coins). Also, art and philosophy (Confucianism) flourished; it was marked with decorations and improved craftsmanship in the art of pottery, carving and designing (architecture). This second phase of the Zhou dynasty reorganized the previous civilization.

The communication system such as roads or canals and writing had developed. Painting and symbolism dominated decoration in art. Most of the vessels were used for rituals. Cities and towns were being built in these times only to shield the noble. The use of jade and ceramic carvings was practiced during the Shang and Zhou dynasties.

Some of the inventions during this period consisted of crop rotation in the agricultural industry and cast iron in weaponry. Generally, the ancient Chinese history on these people shows that they majored a lot on bronze products.

The Shang dynasty ruled to 1100BCE, and later the china Zhou dynasty took over from 1100 to 256 BCE. Most of the civilization started with the Shang and Zhou dynasty. These two dynasties showed a lot of improvement in agriculture and bronze workmanship. The use of decoration in pottery, equipment making, molds for castings and Jade carving were the skills present in these periods.

They also had an improved writing system. Most of the writing was done on the oracle bones and the bronze vessels which were used by the diviners in rituals. Both of their capital cities were situated in areas that were fertile for agricultural purpose; in the planes along the rivers (Yellow river).

During the Shang dynasty, the warriors used to fight in chariots. This trend was later replaced by warriors on foot- approaching the Eastern Zhou period.

There was a difference in class defined by who stayed inside the walls of a city. The noble family and friends used to have their houses made of bricks and stones. There other class was that of the merchants and the crafts men. Most of the art and lavish life was lest for the noble class. The lowest in this class were the peasants who worked for the lords. Since the land was owned by the nobles, the peasants worked as farmers for survival.

Their cultures were focused on appeasing gods, their religion was spread and towards the end there were philosophical beliefs introduces into the culture. They generally followed the Neolithic culture. It was during these two periods where the knowledge of astronomy yielded a 360 days year calendar with each month taking 30 days. 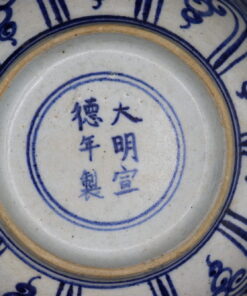 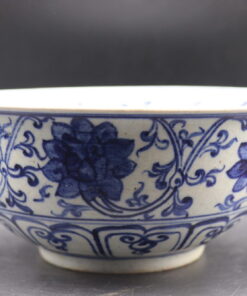 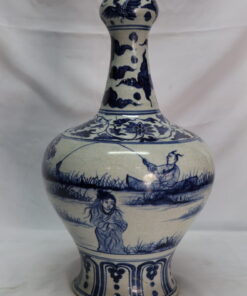 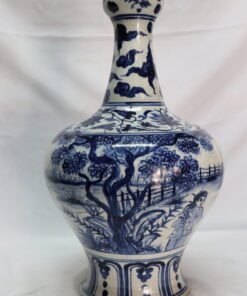 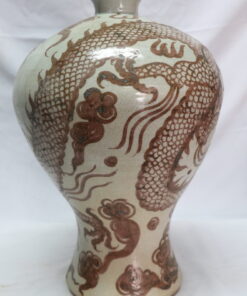 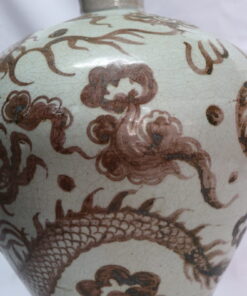 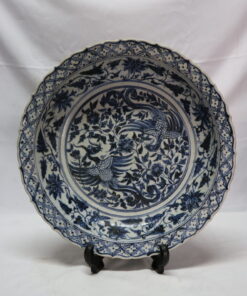 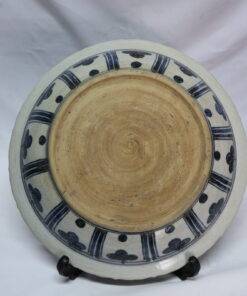 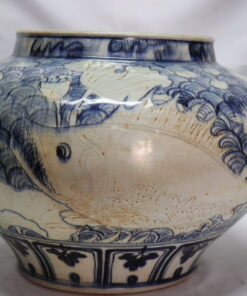 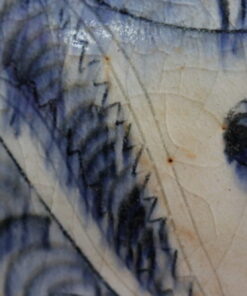 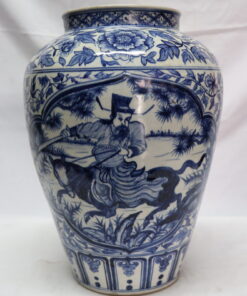 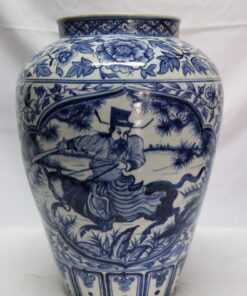 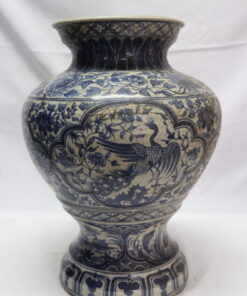 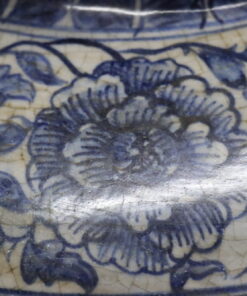 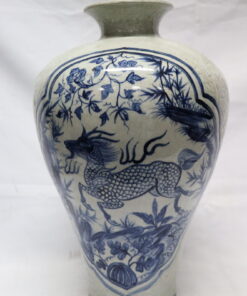 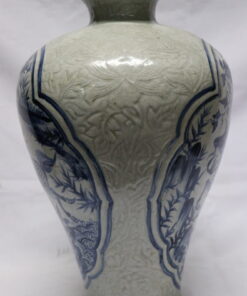 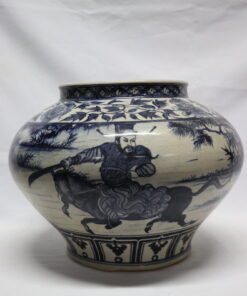 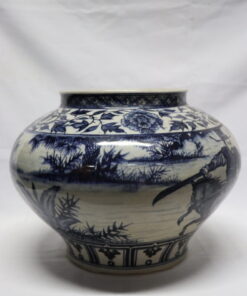 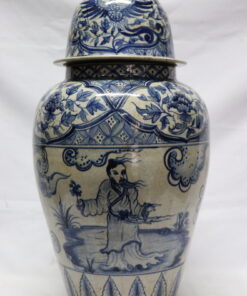 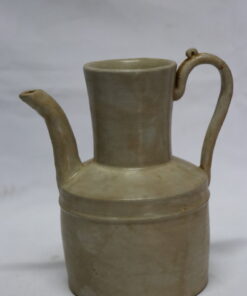 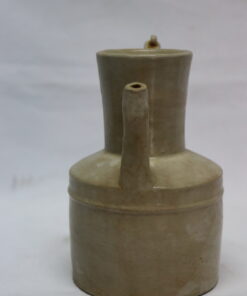 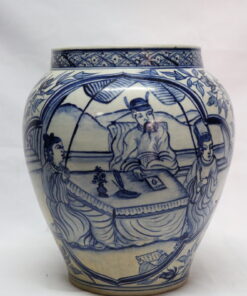 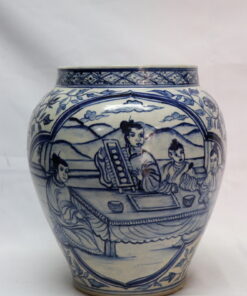 The warring states as mentioned earlier are the states that were known during the Warring states ancient Chinese timeline – the Eastern Zhou period. These seven and a few minor states (which were the first to be consumed) populated the Zhou dynasty. This period was marked by a rise in the development of military technology. The soldiers fought with individual weapons as compared to the chariot system of warfare during the spring and autumn period. All forms of weaponry and transportations for war were being improved to make it easy for the different states to take over the ownership of china. This period was marked by intellectual change which led to inventions.

The friction between the states formed one of the brutal periods of war during this dynasty. During this period, artists and leaders were chosen on the basis of skills and abilities-previously one was chosen from birth. It was the era of standardization where honor was given to the skilled and not kinship. This kind of motivation was practiced by the Qin that is why they gained a lot of support. The trade and high production of agriculture sustained these states to power. These seven states grew on the basis of absorbing other states by promises and visible progress. The philosopher Sun-Tzu lived during this period.

Qin defeated the other states starting with Han, then Zhao, after Zhao came Wei, followed by Chu, Yan and lastly Qi. This means that Qi was equally powerful to Qin according to their progress of elimination. As the Zhou dynasty ended in 256 BCE the states were still in war until 221 BCE when the Qin dynasty was established. The war was intense at the end of the Zhou dynasty since there was a need for unification; this meant that one of the seven states was to emerge the victor.

The win by Qin made the king of Quin, Yong Zheng or Qin Shi Huang the first emperor of china. His name was later changed to Qin Shi Huang-di, with “di” signifying emperor. The reforms made by Shang Yang which consisted of motivation, hard work, taxation and standardization were very effective. These reforms united the people with the lords and also strengthened the soldiers.

Analyzing the Qin warring states period outcome, you will understand that this state had supreme policies and brutal laws which were designed to fully disable the rise of their enemies. The philosophy attained by Qin was effective by uniting the state and strengthening the soldiers. Their wisdom in army arrangement made it easy for them to win the brutal wars. The reforms designed by Shang Yang tuned the state to increasing food production and wealth. The reforms were initiated to touch on leadership, solider mobility and the relationship between the farmer and the authority.

For survival, the farmers had to produce a lot of food to sustain the army and the authority. While the ownership of the land was under the kinship lords in other states, the Qin state valued merit and skill. Due to the increase in intelligence, most of the skills required originality and cleverness hence the use of qualified personnel in different areas of the state structure. The rise of schools of thought promoted this mission which assisted in organizing the army and thus overpowering the others by wit.

In general, the organization of Qin warring states period land was controlled by the law codes and enforcements proposed by Shang Yang. The common reforms made were centralizing the authority (bureaucracy), standardization and economic management, improvement on weapons and equipment of war and harsh laws which became the brutal law codes of Qin. Socially, the families were reduced into basic units so that they would not create a nuclear family -reduction independent policies. They all had mutual responsibilities, this meant that, one error made by one person resulted to everyone suffering.

The Qin warring states period success was attributed by their effort in providing a wealthy and secure state. The courts of the warring states was their arms; Qin achieved the best states by inviting people to be part of the court thus increasing the wisdom and intelligence of its courts. The divide and concur rule was a great strategy used by Qin against its opponents. Qin victory defined most of the early revolution on military and civilization as recorded in the ancient Chinese history.