You’re probably familiar with the color amber. It ranges from translucent yellow to orange, and a favorite hue when it comes to several items of jewelry. But did you know that amber has more depth and definition? In fact, there are several types of amber out there, and one of them is Burmese amber. 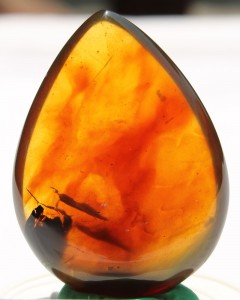 Amber is basically the fossilized sap of extinct trees that can be found in the temperate and subtropical forests some 60 million years ago. The hardened resin deposits of amber have been found all over the world, so don’t be surprised when you come across Baltic amber, which ranges from pale yellowish white to black, ruby red and sometimes purple Sicilian amber, and the even darker Romanian amber.

Burmese amber, on the other hand, is mostly deep red. It also happens to the rarest and most valuable amber known to man. Its high fluorescent quality adds to its appeal, making it one of the most sought after ambers in the world.

Burmese amber, also referred to as Burmite, is from the Hukawng Valley in the northern state of Kachin in Burma. Historical accounts say that Burmese amber made its way from the valley to the Roman Empire via the Silk Road in China as early as the first century AD.

Initially, the Europeans thought that burmite originated from China’s Yannan province, but that was clearly disproved once the British found conclusive proof during the latter part of 1800s that Burmese amber did originate from northern Burma.

These accounts make Burmite at least 100 million years old, so it has already been around during the time of the dinosaurs. 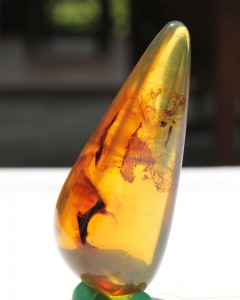 Burmese amber is known for its deep red or clear cherry red color. However, you will find that they also come in shades of sherry and even burnt orange. Depending on the angle of the light, they can also exhibit color variations. This is the highly fluorescent quality mentioned earlier in the article.

Mostly, Burmese amber is very clear. However, upon closer inspection, and when placed under magnification, you can often see swirls of color, albeit minute. These subtle dots and swirls of color add more depth to the material, especially when used for jewelry. It also complements the hand carvings and designs that the Chinese love to do on Burmese amber.

Compared to other ambers, burmite is also harder, which can be attributed to its older age.

The high polish and fluorescence of Burmese amber bring to it a decorative value that makes it a favorite among jewelry designers. In fact, it’s so beautiful that many have mistaken it for a gemstone when, in fact, it’s basically hard and translucent fossilized tree sap or resin. That’s why it has earned the classification of being an ‘organic gemstone’. The unique color of Burmese amber makes it the perfect ‘gemstone’ for a pendant of a necklace. The
Aside from jewelry, you will also find Burmese amber to be most commonly used as an encasement for other precious stones, insects, bugs, or other fossils. No small wonder there, really; their translucent and fluorescent quality is certainly perfect when it comes to showcasing fossils. 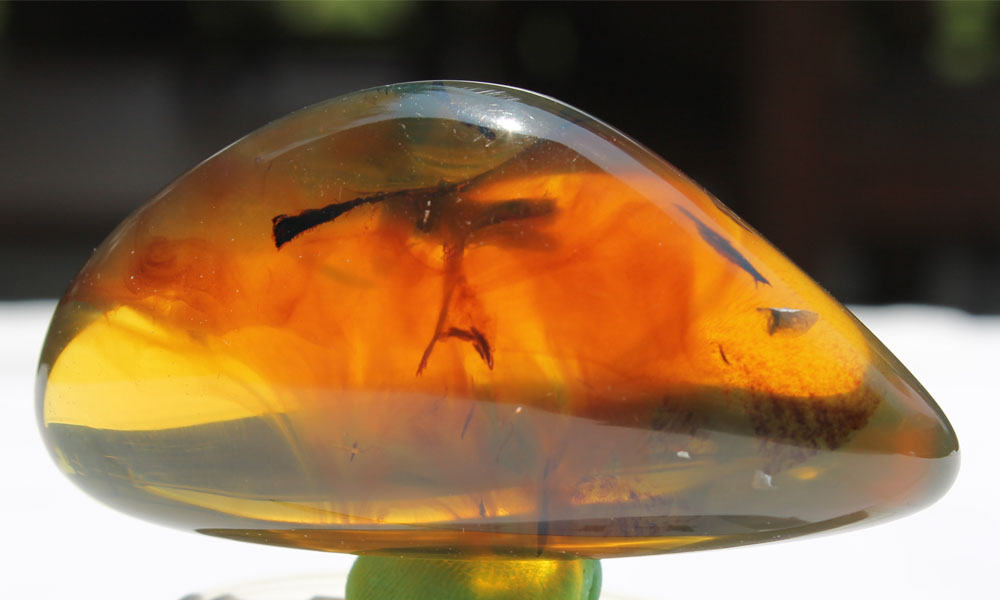 But did you know that amber also has healing properties? Amber, in general, is known to suck out any negative energy from the body, allowing any sickness or ailment to seep away. Its ability to clear the mind and body of stress is just the tip of the iceberg, since amber is also known to cure diseases such as rheumatism, headache, goiter, and disorders pertaining to the eyes, teeth, throat, and lungs. Rare Burmese amber is also noted for its uncanny ability to regulate digestive processes as well as bring a balance to your endocrine system.

All these reasons explain the high demand for Burmese amber. It’s also part of the reason why many fakes – mostly made of plastic – are proliferating in the market. It pays to be wary and careful when you are buying anything with Burmese amber or burmite in it.