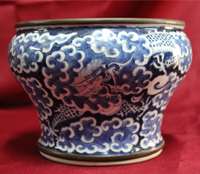 In 1644 A.D. Beijing the capitol fall to the hand of the rebel Shun dynasty, some remnants from the Ming imperial family and court ministers has fled the capitol before its fall and moved to Nanjing, after word of emperor Chongzhen death, they established their power in south of china, declaring Nanjing as their capitol.

In order to prevent crisis the southern Ming court has chosen the Prince of Fu (Zhu Yousong) as the protector of the state, as he was the successor in the line after emperor Chongzhen sons, which their fate was unknown.

Eventually after getting more support from the strongest allies he was declared as emperor Honguang, after a year of reigning the southern area of China, internal conflicts involving a former warlord who sent his forces to clear the corruption officials in the Honguang court, Ming troops who were supposed to be defending against the Qing dynasty forces was sent to deal with him.

The Qing dynasty forces which started their conquest of south China, has arrived to Yangzhou, the city of Yangzhou with half their troops scattered tried to resist the Qing empire, but the city has fell, and was massacred, including the defending commander Shi Kefa, it is said that in the massacre more than 800,000 people has died, the Qing forces has arrived to Nanjing, who has subdued to her with no resistance, Emperor Honguang fled Nanjing but was captured after and was sent to Beijing to the Qing dynasty court, he died a year later. 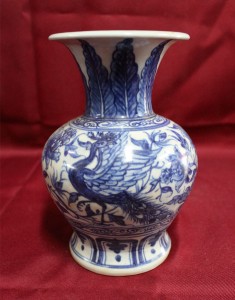 After the fall of Nanjing, Prince of Tang has fled to Fuzhou, brought under the protection of a sea trader name Zheng Zhilong, the prince of Tang was crowned as emperor Longwu in 1645 A.D. and lasted a year, after he was captured by the Qing dynasty and executed.

The southern Ming dynasty power has been divided and few emperors were raised in different regions,

After the death of emperor Longwu, his brother succeeded him as emperor Shaowu, he fled to Guangzhou when Fuzhou was captured at 1646 and was declared as emperor only few days before prince of Gui declared himself as Yongli emperor, both emperors claim to be the legitimate heirs to the Ming dynasty, what has created war between the two new emperors, after 40 days, Guangzhou fell to the hand of the Qing dynasty, and emperor Shaowu committed suicide.

In 1658 A.D. Emperor Yongli (the 7th son of emperor Wanli) who was pressed back by the Qing army over the years moving to the south west of china, and ending in the Yunnan province, he was helped by region warlords and supporters, in 1661 he was granted refuge in Burma by King Pindale of the Taungoo dynasty of Burma, and was permitted to live in the city of Sagaing.

After moving to Sagaing, King Pindale started to see emperor Yongli wanted to make Burma as his kingdom, and war broke between the two sides, the Chinese who have lost and was murdered in the order of Pye Min, King Pindale brother, all except to Zou Youlang (emperor Yongli) and his family.

The End Of The Southern Ming Dynasty

In 1662 an army from the Qing dynasty led by Wu Sangui has entered Burma and demanded Youlang to be submitted to them, the Burmese who didn’t seek for another battle, delivered the emperor, his sons and grandsons to Wu Sangui who was a Chinese general that played a major rule in the fall of the Ming dynasty, he is blamed for opening the gates of the great wall to the Manchurian forces, and after the fall of Beijing leading troops against the southern Ming.

Emperor Yongli was the last known claimant to the Ming dynasty throne, was strangled by Wu Sangui in 1662 A.D.

That was the true end to the  Ming dynasty including their last resistance as the Southern Ming dynasty, the empire of China was now controlled by the Qing dynasty.

We have some rare antiques from the southern Ming dynasty period offered for sale in our shop.

Click here to see our Southern Ming dynasty porcelain and other items.