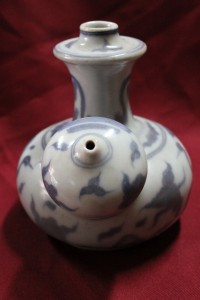 The Late Ming dynasty period begins in the middle rule of Wanli emperor,

First, one leader of the outer regions in china has rebelled the Ming dynasty and allied with the Mongols to attack the Ming empire, emperor Wanli sent a force led by Li Chengliang who defeat the rebel forces and the Mongols and this campaign was over with overall success to the Ming.

Second, Japan has launched an invasion campaign against Korea, which involved 200,000 Japanese soldiers, emperor Wanli send forces to help the Koreans, he gave Koreans who came to china a shelter and defended them, and ordered his troops to be ready for battle against the Japanese army, in the first two battles his forces were crashed by the Japanese army, as they had an overwhelming force, in the third battle he has assembled 80,000 soldiers, this battle was over with negotiations in the favor of the great Ming empire, after two years another campaign from Japan to invade Korea was launched but after the great daimyo “Toyotomi Hideyoshi” has died, Japan lost its will to fight, and their army was crushed by allied Ming and Korean forces.

Third, another rebellion was raised inside the Ming borders, but was crashed by Wanli forces and the rebel leaders were captured.

In 1600 A.D. emperor Wanli has left the state affairs and stopped seeing his advisors and participate in morning meetings, he became occupied with building his own tomb and building his own personal wealth, taking funds from the empire and its people, his self centered late rule was the beginning of the fall to the Ming empire.

In 1616 a rebellion in Jurchen area, which was mostly occupied by the Manchu tribes, was led by Nurhaci who united all the tribes and conquered Manchuria from the hands of the Ming Empire, establishing the Later Jin dynasty.

In 1619 A.D. the Ming Empire sent an enormous force of 200,000 soldiers to fight the Later Jin dynasty smaller force of 60,000 strong, this epic battle is known as “Nun Er Chu Grand Battle” which resulted after 5 days of fighting with more than 100,000 casualties for the Ming forces and almost all of their food supply stolen. 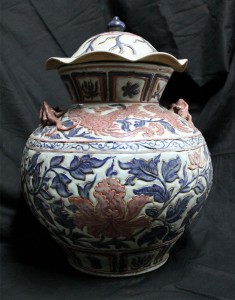 Emperor Wanli died a year later at 1620 A.D. buried in the special tomb he built for himself in Dingling, located outside of Beijing.

Wanli death, was the beginning of the end for the late Ming dynasty and from here things were about to go worse…

Emperor Wanli son ascended the throne at 1620 A.D. as emperor Taichang but has died less than a month after, leaving his eldest son to rule china as emperor Tianqi.

Emperor Tianqi ruled china from 1620-1627 A.D. he was 15 when becoming emperor, and like his grandfather late life, he showed no interest in state affairs and left all the governing to the eunuchs and ministers, having no living heirs, he died at 1627 A.D. and his younger brother was chosen to inherit him as Emperor Chongzhen.

In the beginning of his rule, he eliminated the eunuch Wei Zhongxian and Madame Ke who took control over the empire during emperor Tianqi reign.

With his treasury empty and corruption in the government he tried to rule by himself, what proved as a difficult task, emperor Chongzhen was very suspicious in the few talented people he left to rule china, and even executed his trusted general who basically held by himself the late Jin dynasty forces in the northeastern border.

The End of The Late Ming Dynasty

Uprising rebellions and the forces of the Manchurian led by Huang Taiji in the north eventually led to the collapse of the Ming dynasty empire,

The rebel forces led by Li Zicheng who established his own Shun dynasty, was ready to attack Beijing in 1644 A.D. , emperor Chongzhen sent his three sons to hide outside of the capitol and forced his empress Zhuang and her sister in law along with grand consort Li to commit suicide, while he tried to kill grand consort Yuan and the two young princess with his sword, Princess Changping and the consort both survived, but the young 6 years old princess Zhaoren died, both survivors has stayed in the Qing dynasty court.

Emperor Chongzhen has commit suicide in 1644 A.D hanging himself from a tree in Jingshan, the Shun dynasty forces took over Beijing but kept it less then a year when it was conquered by the Manchurian forces who proclaimed the Mandate of heaven and founded the Qing dynasty.

Those events resemble the collapse of the great Ming dynasty empire, and end the Late Ming dynasty.

although loyal forces kept the resistance against the growing Qing Empire.

We have some rare antiques from the late Ming dynasty period offered for sale in our shop.