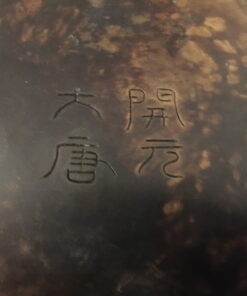 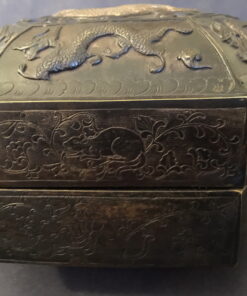 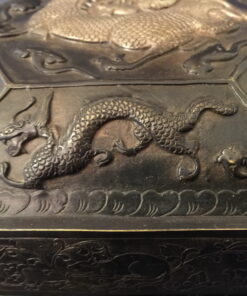 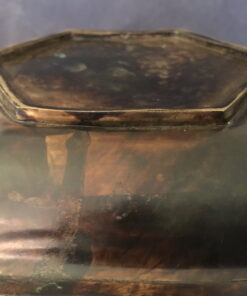 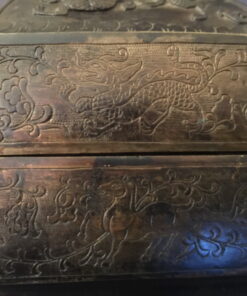 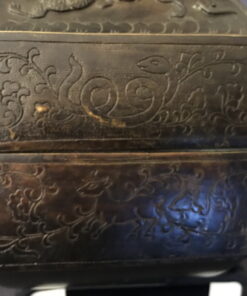 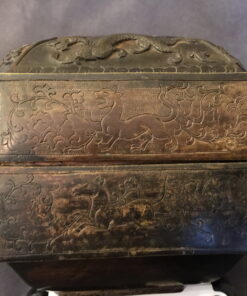 A rare imperial gold and silver box of Tang Dynasty, with mint mark (開元 Kāiyuán, 713–741 AD) at the bottom. This box is masterly crafted and sexagonal in shape. Both the top and the bottom part are masterly crafted with superb workmanship and decorative auspicious symbols of royal family. There is a big bold gold and silver gilt dragon at the center of the top cover, representing the imperial power, surrounded by 6 smaller dragons on the lower side of the top cover. The lower part of the container box are decorated with 2 rows of 6 zodiac animals in each row. Altogether there are 12 zodiac animals of traditional Chinese culture, symbolizing the 12 prosperous years of the lunar cycle. The art and power of Tang dynasty reached its apex in this imperial period (開元) of Tang history and perhaps of later periods. This box may have important historical value, as it might have contained the imperial seal of (開元 Kāiyuán, 713–741), according to the original owner. This box was discovered in a Shaolin temple in Xian (capital of Tang dynasty) during the war with Japan in 1940’s. 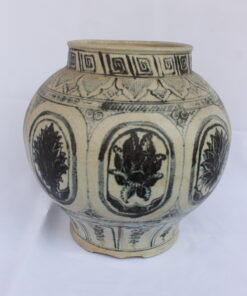 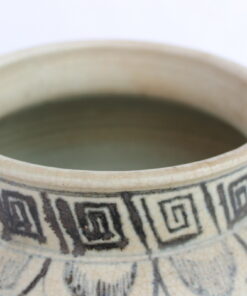 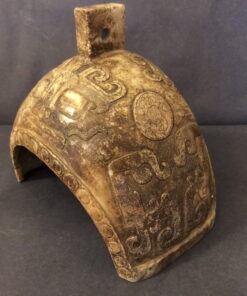 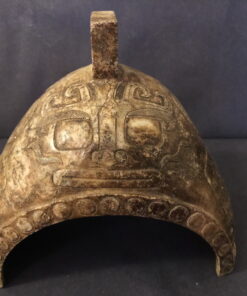 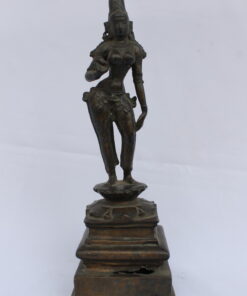 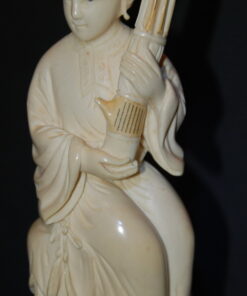 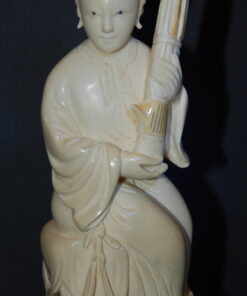 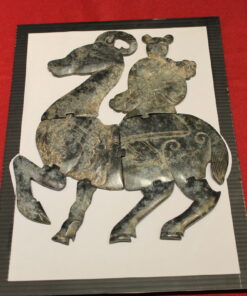 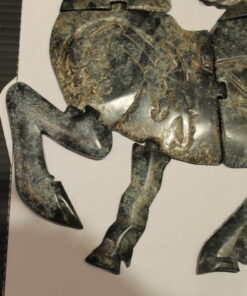 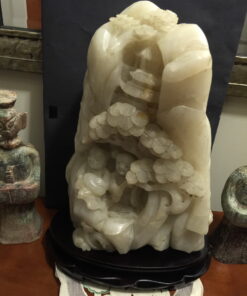 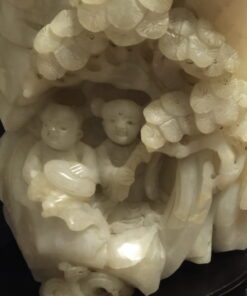 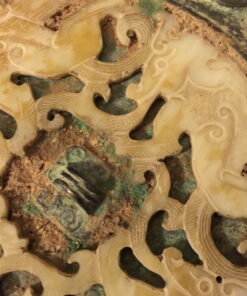