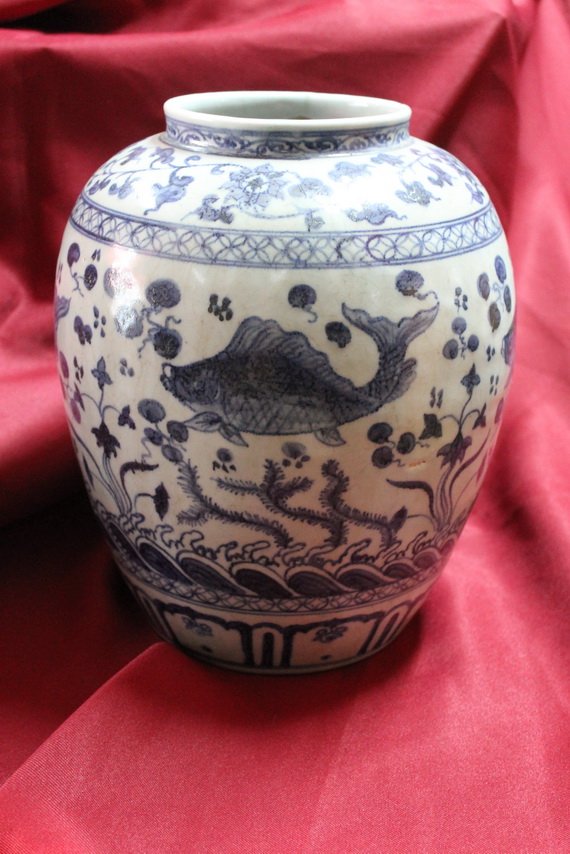 The Ming dynasty was founded at 1368 AD and was replaced by the Qing dynasty in 1644 AD.
As far as it concerns Chinese Antiques, it was a golden age for porcelain. There are many antiques that was exported and traded with European countries and those antiques are extremely wanted by private collectors those days.

During The early Ming dynasty Vases and plates were still unglazed.
Only during middle Ming period the porcelain has evolved and we could start seeing glazed bottoms and emperor marks.
Another thing that is very common among Ming dynasty porcelain antiques is Kiln firing faults.
Since the technology wasn’t develop as today, and in order to heat up the clay they were using wood based kilns, so the temperature wasn’t really in control and the position of the items had a factor as well.
This have led to many imperfections caused by broken plates, bowls or other porcelain pieces that were heated too much and explode inside the kiln, hitting other items that are still in the process. Sometimes you can find other broken porcelain pieces that are stuck with other items.

Kiln firing fault is very common and can help identify Ming dynasty porcelain pieces.
Some porcelain items were far away from the fire and the color was pale when it came out, and some items were too close to the fire and their shape or color has slightly changed.
Another common thing you can find usually on Ming dynasty vases are glaze contractions which was caused by from flecks or some oily materials and prevented from the glaze to cover the porcelain at some points.
This is important to remember, since 70% of the Ming dynasty porcelain had kiln firing faults, and only perfect pieces were being used by the imperial court. 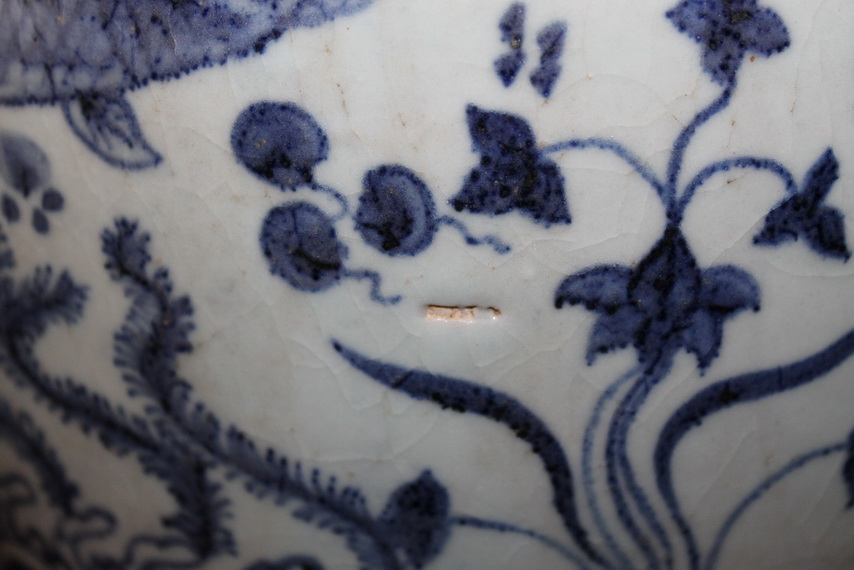 So If you want to purchase a Ming dynasty vase, plate or other porcelain. Examine the piece carefully and look for any of those signs, it can help determine whether the items is a real antique or not.
Another thing you can do to study the subject better is to read books and look at museum pieces and private collections if you have the chance, find magazines of the big auction houses and study the shapes and designs that are presented there.
Each period during the Ming dynasty was inspired differently and the changes in the country and the development of technologies can help you learn more about Ming dynasty porcelain.
We offer some Chinese antiques for sale, including Ming dynasty vases, plates and other porcelain items.